How the president handled the pandemic 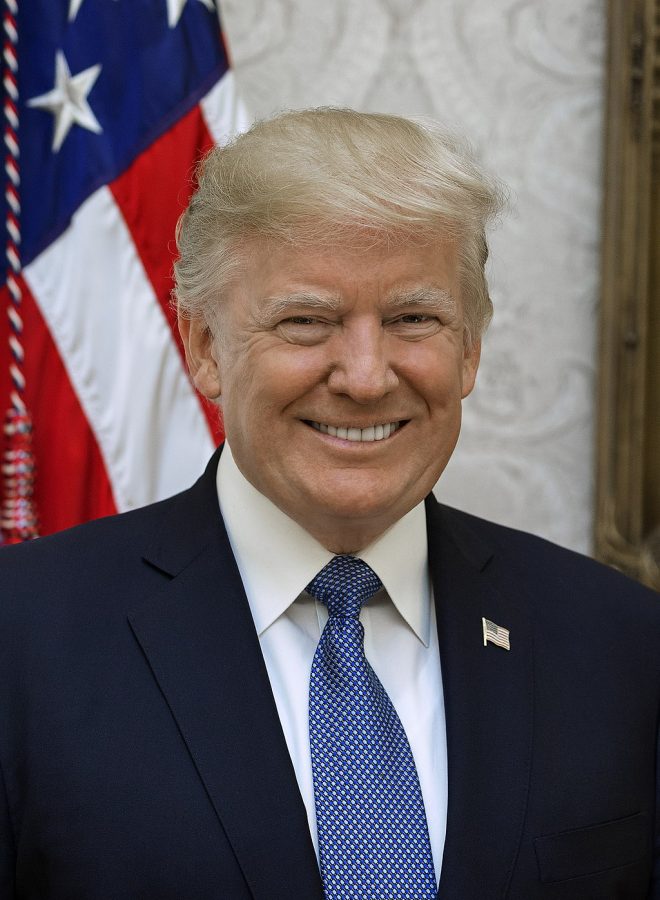 During drastic times, Americans have always relied on the President of the United States to handle situations. How the president chooses to handle a crisis always is widely debate amongst citizens. A president’s response affects the lives of millions. COVID-19 is one such crisis.

The world has endured the COVID-19 virus throughout 2020. According to an article published by the World Health Organization, “Archived WHO timeline – Covid-19″ (April 27, 2020), the virus spread around Wuhan, China in December of 2019, but no one knew what it was. In January, the first case appeared in the U. S starting in Washington state according to an article published by the CDC, “First Travel related case of 2019 Novel Coronavirus detected in the United States”.

“I feel like the pandemic would have been slightly less deadly had China been more forthcoming,” Paige Sakorafos ‘21 said. “However, I feel the more underlying issue is that China denied help from the United States at first, and then when experts were able to go, the visit was brief. [In my opinion], the pandemic’s tragic effect is on Trump and his reaction to it. Other developed countries are domestically open because their response was quicker and more efficient.”

The virus affects the respiratory system, spreads easily and may cause death. In the United States alone, there have been 9,182,628 confirmed cases as of Nov. 2 according to the CDC COVID data tracker. People are conflicted on whether President Donald J. Trump and his administration handled the pandemic appropriately.

“The president handled the pandemic well in some respects, such as shutting down traveling from China immediately,” Madeline Sweet ‘23 said. “The president also did a good job with providing health care facilities with proper resources and materials to safely care for infected people. However, the president lacked effective communication. He gave mixed messages regarding the precautions Americans needed to be taking. His message on whether we should wear mask was confusing because of the information he was given by his scientists.”

During the pandemic, the president received backlash about comments he made about China. Some citizens feel the president did more to divide the country than bring it together in a time where unity was needed.

“During the pandemic, the president used disgusting terminology to talk about the virus,” Allison Habba ‘22 said. “He called it the Kung-Flu Virus, which just fed the flame of hate crimes against Asian Americans. He is encouraging hate and division, the last thing the country needs right now. [I do not think] the president took the pandemic seriously with over 230,383 (as of Nov. 2) dead. He called it a ‘Democratic Hoax’. [I feel] he ignored his own scientists and refused to acknowledge the advice from experts. Instead of denying the situation, he should have taken precautions, provided Americans with proper personal protective equipment and help make things safer for everyone.”

The president must make constant choices that directly put him in the line of fire from ridicule. Every decision in the media is either praised or trashed publicly. One of the decisions the president made that has been featured in the news often was President Trump’s choice to keep the virus from citizens and downplay it after it fully came out.

“I feel like a president should be a role model,” Heather Chase, AP government teacher, said. “He should not be second guessing doctors and scientists. No one expects the president to be an expert in pandemics or epidemiology, which is why he needs to use the experts in the field and make an educated guess on how to handle the situation. The president was too political, providing more for his ‘friends’ than the American public as a whole.”